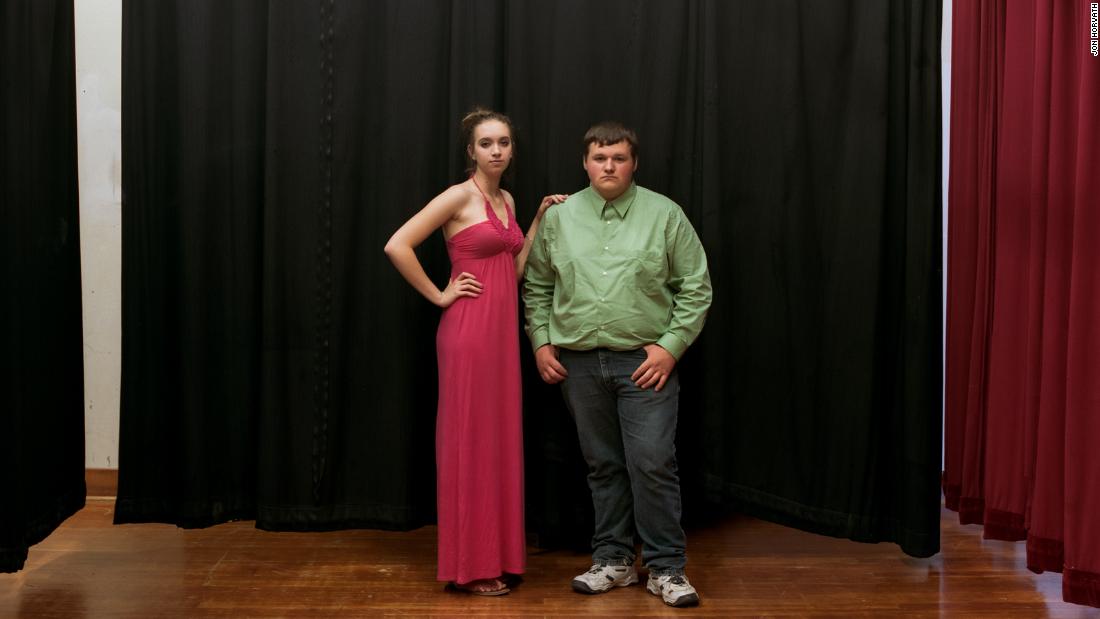 The small town of Bliss, Idaho is ‘disappearing’: a photographer has created a capsule of life

Bliss, Idaho sits on the curve of Interstate 84, which winds around the small country town on its way north to the state capital, Boise, about 85 miles away. When Milwaukee photographer Jon Horvath first visited Bliss in the late summer of 2013, he was on a winding road trip after the end of a relationship. At the time, about 300 people resided there, served by a small community church, K-12 public school, cafeteria, post office, gas stations, motels and two bars.

“If you’re there … it’s probably just to fill up the gas tank, maybe grab a quick meal in the cafeteria, but that’s probably about it,” Horvath explained in a phone call.

Buck Hall, a Bliss resident, told Horvath on his first visit that the town had once again seen regular visitors, but that interstate construction decades ago had displaced traffic, the photographer recalled. Once a place to pass, Bliss became a place to pass, a touch of irony in an exit sign.

In the desert south of Bliss, Horvath saw local workers standing by burning road brush that had built up over the winter. “I was drawn to how the act of cleaning and regeneration reflected some of the larger themes of the project,” Horvath said. Credit: Jon Horvath

Horvath weaves photos of found arrows (pictured here on a road to White Arrow Ranch, a private resort north of Bliss) throughout the book to represent a sense of direction or misdirection. Credit: Jon Horvath

“(Hall) summed up the state of the city,” Horvath recalled of that first conversation. “His words were, ‘We’re a town of 300, and 299 when I die.'” (Since Horvath’s Bliss photographs, a new truck stop has brought additional jobs to the town, but the 2020 census reveals its population now exceeds 250. Buck Hall died in 2021, aged 75).

Horvath’s first images of Bliss only scratched the surface—he took the expected images of rundown or empty spaces that contrasted with the city’s name, he explained—but when he returned over the course of three years , attracted by the people he met there and their stories, a more complex work began to take shape.

A dog named Fruit Snacks at the Forats bar and Angel’s. “I had a brief encounter with FS’s owner, who wanted to show me the dog’s ground teeth,” Horvath explained. Credit: Jon Horvath

In 1995, a C-130 Hercules transport plane crashed in the desert near Bliss, killing six people. “An Idaho state worker took me to the crash site and shared that visitors will come to pick up loose pieces as a memorial,” Horvath explained of a composite photo of debris he collected. Credit: Jon Horvath

During his time there, Horvath found a different way to tell a story about the American West. Rather than the extensive photographic explorations of the region by photographers such as Robert Adams or Stephen Shore, “This is Bliss” mostly covers a small area, about a mile wide, to which Horvath continually returned, peeling back the layers of the city

Horvath met Eldon Thompson (pictured far right), who was introduced to him as the “oldest remaining resident of Bliss,” in 2014. “I met him at a local cemetery where he was watering flowers that had placed in his own grave.” Horvath recalled. Thompson has died since Horvath last visited the city. Credit: Jon Horvath

“There’s a macro level to the work that was looking at a longer, deeper history of the region,” Horvath said, “and some of the stories we tell about ourselves as Americans.”

Happiness may be a small mark on the map, but it’s been part of much bigger stories: it’s on the Oregon Trail, a path for settlers to expand west during the rush of Manifest Destiny. It’s near where famous biker Evel Knievel tried (and failed) to jump the Snake River Canyon in 1974, Horvath noted. And later it was the home of author JD Salinger’s friend Holden Bowler, after whom Salinger’s famous “Catcher in the Rye” protagonist Holden Caulfield was named.

“There are all these myth-making events within our own history that (have) come to have some presence in this city,” Horvath said.

But there’s also what Horvath calls a “micro-thread” in the narrative, from the lives of the residents to his own “quest to rediscover what ‘happiness’ might be.” He added, “There’s a mythology there, too. … my arrival in the city coincided with a restart of my own life.”

Horvath worked to capture a sense of place and mood around Bliss, and was drawn to this scene between two trucks for its visual illusion. Credit: Jon Horvath

Some of his experiences at Bliss seem fictional, Horvath said, like the time he was served by a waiter named Cinderella. Hall once told him to drive to a cliff in the moonlight and find a rock formation that local legend has enshrined as the rugged profile of a Native American chief; Horvath did and took a photo, which has become a self-printed postcard attached to the book.

During one visit, he drove to a nearby grave with only six plots, marked by crooked white wooden crosses and a faded sign emblazoned with “Chinese Memorial Cemetery.” A historical pamphlet Horvath bought at a local gas station claims the plots contain the bodies of 16 migrant railroad workers who died in an 1883 explosion and were buried together, though that total is disputed.

Memorial to the victims of a car accident. Horvath said a waitress at the Oxbow Cafe recommended he photograph the scene because the victims of the crash had been his high school friends. Credit: Jon Horvath

All our stories and memories make up a place, however imperfect they may be. Horvath is not a historian, so as he collected anecdotes and records from Bliss, he said he accepted them all, verified or not, as part of the city’s archive. “I loved the idea of ​​meeting Buck Hall on the side of the road, and he’s (telling) me stories,” he added. “Are they true? Are they not true? Maybe in a different universe it would matter.”

Fittingly, at the end of “This is Bliss,” Horvath wrote a short fiction piece based on his experiences there.

“Either we embellish or we take liberties, or we bring them some of our invention,” he said.

“This is Happiness,” published by Yoffy Press and FW:Books, is available now.