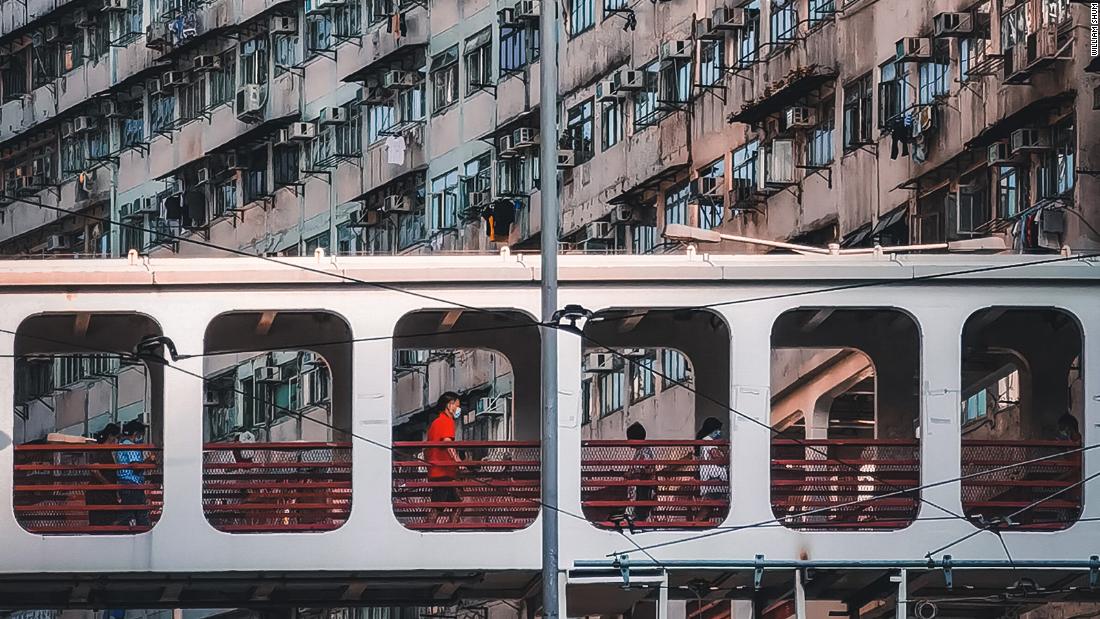 The best architectural photographs of the year have been revealed, highlighting the beauty of elegant geometry, abstract silhouettes and industrial textures from around the world.

On Wednesday, organizers of the 2022 Architectural Photography Awards announced more than 20 finalists in categories including interiors, exteriors and buildings in use. All shortlisted works will be exhibited at the upcoming World Architecture Festival in Lisbon, Portugal.

Photographs include the atmospheric scene inside Open Architecture’s meditative sound chapel in China’s Hebei province; a high-contrast artistic image of a glass floor in Japan’s capital, Tokyo; and a foggy view of a moss-covered animal shed near Bruges, Belgium.
According to a press release, photographers from 64 countries entered this year’s competition, up from 42 last year. The judges included the head of architecture at the Royal Academy of Art, Vicky Richardson, and the architect Patrik Schumacher, director of the firm of the late Zaha Hadid.

Entries were judged on the photographers’ “composition, use of scale and sensitivity to atmosphere,” according to the press release.

Last year, photographer Liu Xinghao was named overall winner for his image of people enjoying their holidays against the backdrop of Safdie Architects’ Raffles City complex in Chongqing, China. Winners in the category include a photograph of the Getty Los Angeles Gardens and scenes from Jiaxing Railway Station in China’s Zhejiang Province.

The winners of this year’s competition will be announced in December at the World Festival of Architecture.

Scroll through the gallery above to see photos of the 2022 shortlist.