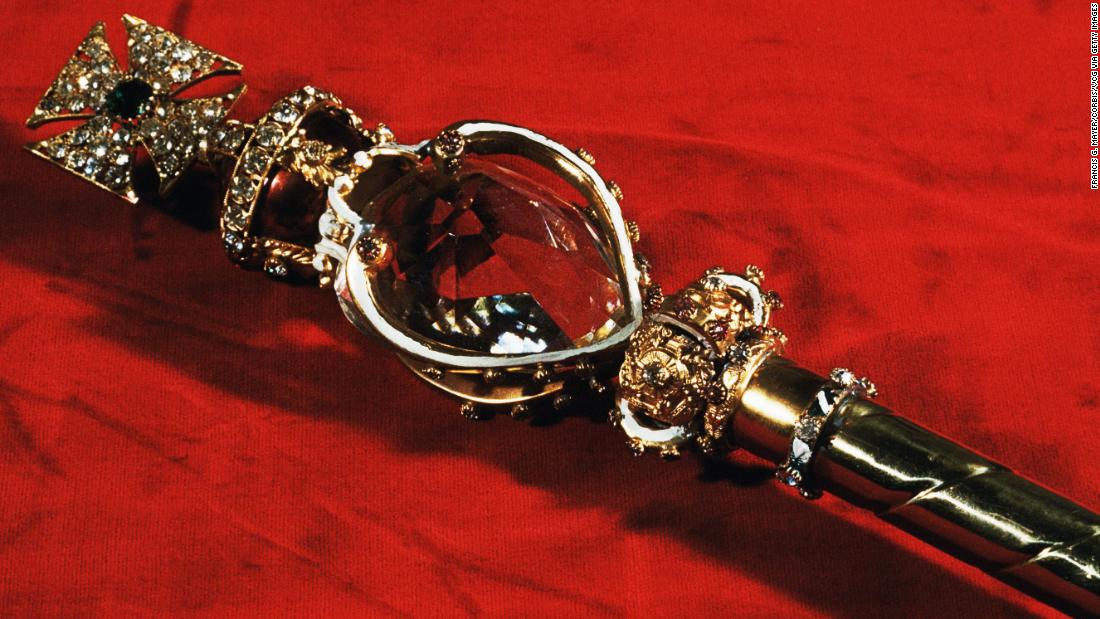 Calls are growing in South Africa for the British royal family to return the world’s largest known clear diamond following the death of Queen Elizabeth II.

Known as the Great Star of Africa or Cullinan I, the diamond is cut from a larger gem that was mined in South Africa in 1905 and given to the British royal family by South African colonial authorities. It is currently mounted on a royal scepter belonging to the Queen.

Demands for the return of the Great Star of Africa and other diamonds, along with calls for repatriations, have intensified since the Queen’s death. Many South Africans consider Britain’s acquisition of the jewels illegitimate.

The Queen’s death has opened up a conversation about colonialism and how it relates to her legacy. South African media has been debating ownership of the jewel, along with demands for payment of reparations.
“The Cullinan diamond must be returned to South Africa with immediate effect,” activist Thanduxolo Sabelo told local media, adding that: “Minerals from our country and from other countries continue to benefit Britain at the expense of our people.”
More than 6,000 people have signed a petition calling for the Great Star of Africa to be returned and displayed in a South African museum.
A member of the South African Parliament, Vuyolwethu Zungula, urged his country to “demand reparations for all wrong done by Great Britain” and also “demand the return of all gold, diamonds stolen by Great Britain”.
When South African President Cyril Ramaphosa posted a tweet praising the Queen, some South Africans hijacked the message to complain about the return of the Great Star diamond.
one he wrote“Did you ask him when he would bring the South African diamond?” while another published reacting to the rise of King Charles III that his “First call of duty returns South Africa’s diamond!”

A royal gift or a ‘stolen’ diamond?

Queen Elizabeth II wearing the crown of imperial state and carrying the orb and scepter after her coronation. Credit: File Hulton/Getty Images

According to the Royal Collection Trust, which oversees the royal collection of the British royal family, the Cullinan diamond was given to King Edward VII (then Britain’s monarch) in 1907, two years after its discovery in a private mine from South Africa. former province of Transvaal.

Weighing around 3,106 carats in its natural form, the original diamond was “the size of a human heart”, says the Royal Asscher.

Supporting the British monarchy’s claim to the gemstone, the Royal Asscher explains that the gem was purchased by the Transvaal Government of South Africa (run by British rule) and presented to King Edward VII as a gift from birthday

A professor of African politics at the University of South Africa, Everisto Benyera, rejects this narrative. He told CNN that “colonial transactions are illegitimate and immoral.”

“Our narrative is that all the governments of the Transvaal and the Union of South Africa and the concomitant mining unions were illegal,” Benyera said, arguing that: “Receiving a stolen diamond does not exonerate the receiver. The Big Star it is a blood diamond… Private (mining) enterprise, the Transvaal government and the British Empire were part of a larger network of coloniality.’

According to the Royal Asscher, the Cullinan diamond was cut into nine large stones and 96 smaller pieces. The largest of the stones was named the Great Star of Africa by King Edward VII, who also named the second largest cut stone the Lesser Star of Africa.

“The late Queen of England has been wearing these (diamonds) for over half a century,” Leigh-Ann Mathys, national spokeswoman for the Economic Freedom Fighters (EFF), a South African opposition political party, told CNN.

Mathys accused the British colonial powers of stealing land and appropriating mines that belonged to the natives.

“Our call is for repatriations for all colonial thefts, of which the theft of the Great Star of Africa is a part,” he said.

“We are not asking for its return, as this implies that there was a valid agreement whereby the British royal family borrowed the diamond. It is in their possession only as a result of colonial tenacity that drowned the natives of this country and elsewhere,” Mathys told CNN.